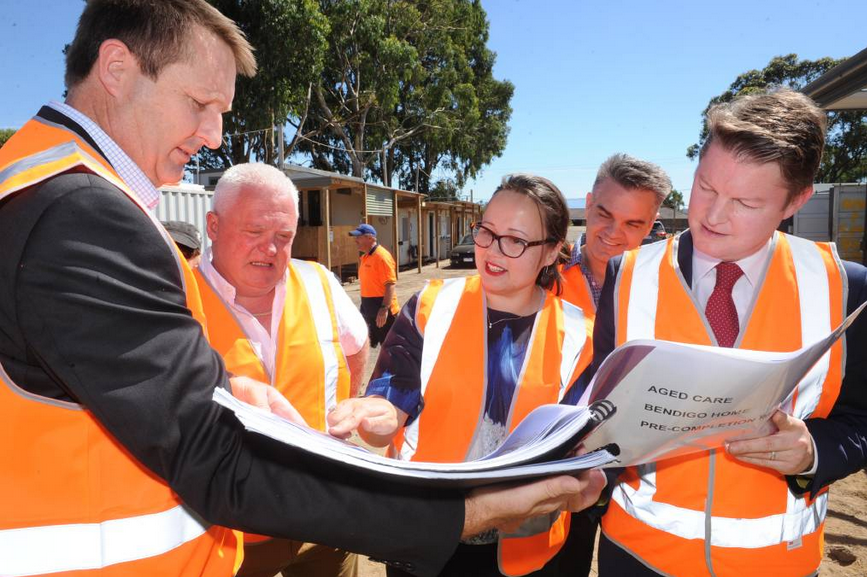 An aged-care facility with more than 140 beds will open in Moe in November and create more than 144 jobs during its construction and opening phases, the state government said.

The $20 million facility will include an in-house commercial kitchen, library, cafe and a variety of communal spaces for residents and their families.

“Signature Care have chosen Moe out of a lot of places because they see the demographics changing here. They see an opportunity in the market and when this facility opens up in November it’s going to be wonderful,” Mr Carroll said.

“[The state government] won’t have a direct role in terms of the administration [however] it will be 144 beds but some of those beds will be double beds for couples.

“We are there to support, particularly through our investments in TAFE and Federation Training, should there be any skills shortage … to assist [Signature Care] and the Latrobe City Council … to provide opportunities for long-term unemployed in the region to get a job here.

Speaking to media on Tuesday, the recently-appointed minister said the project would create construction opportunities for about 55 people during the building phase.

Mr Carroll said private investment in assets such as rail and the Latrobe Regional Hospital provided an incentive for businesses like Signature Care to set up shop in the region.

Signature Care chief executive Graeme Croft said the state-of-the-art facility would house some of the finest items in technology and equipment.

“This facility in terms of its quality and the amenity it will offer residents will be amongst the finest of anything that’s being produced across the country,” Mr Croft said.

“Our site manager is a local and we’ve also taken a team that developed our aged care facility at Sale.”

State member for Eastern Victoria Harriet Shing said it was a “great sign of confidence” in the Latrobe Valley and said considerable work had been done to attract private investment into the region.

“We’ve worked so hard to be able to develop as much private investment in the area as possible and to see that coming to fruition …. is a really wonderful thing.

“There’s a lot to be proud of and being able to welcome this new investment and new jobs to the region just shows the potential and momentum that we’re really seeing take off right throughout the region.”